The beheading of the French teacher Samuel Paty on the sixteenth of October 2020 sent a shockwave through the whole of secular Europe. The teacher displayed two cartoons of the prophet Mohammed (PBUH) during a lesson on freedom of speech. According to a copy of the lesson plan one of these cartoons showed the prophet naked on hands and feet, with his genitals uncovered and a star on his behind with on it the text “Muhammad, a star is born.” Parents from individual students showed their disgust online through which the killer Abdoullakh Abouyedovich Anzorov got involved with the case.

In the days after the murder, the French commemorated Paty in great numbers on the squares of Paris and other major cities. The case is being linked to that of Charlie Hebdo of the seventh of januari 2015 in their use of #jesuissamuel. As expected, France and its secular peoples would wash away the blood on their own hands by deeming the violence as something that is imported from outside. Anzorov, as well as the brothers Kouachi, who are responsible for the Charlie Hebdo attack, were immediately disinherited as children of France and Europe. The brothers Kouachi come from Algerian parents, born in Paris and raised within the perimeters of the French state. Anzorov is an eighteen-year-old Russian with Tjetjen heritage who has lived in France since he was six.

For this reason, I say Europe: claim thy children! This is your offspring. This is your upbringing, socialization and education. It is your suburbs where these boys play outside at dawn; your schools where they enjoyed training not tailored for people like them; amidst your media landscape where their religion, culture, acts and skin tone is framed as primitive and malicious; your shopping districts where if looks could kill, these boys never would have reached the age of fifteen, because boys like them never have been made into a welcome part of your society.

En masse you produce violence: intern and extern; inland and outland. Parasitically you feed off violence. The bodies needed as oblation to keep your obscene societal mechanism running smells of blood, sweat and rotting flesh. Forcefully you’ve not only appropriated the right to kill, but also the right to decide who gets to live and who gets exposed to death. Your corpse-economy produces half-dead who slave themselves away so that your favorite children come nothing short. Your townships have cadaver-camps within them. They are nothing more than sometimes physical sometime socially enclosed areas where you leave your unwanted children rot.

It is home to your refugees, your prisoners, your guest laborers and their children, your poor, your fortune-seekers and their reduced to their religion, ethnicity or skin color sons and daughters. Border guards and police officers who patrol the banlieues, favela’s, ghettoes and poor suburbs serve the same Modern logic and violently enforce it. Somewhere we forgot what the responsibilities are of the institute to which the citizenry gave the monopoly on violence. I take that back. This phrasing seems to suggest as if the white majority is not actively condoning the ways this necropolitical system expresses its violence.

For this bloodlust is not aimed at them, in fact, their privileged position as the favorite child of Europe bestows them with the right to reproduce this same violence socially, politically and economically. Islamophobia and racism is baked into fabric of the streets, central stations, shopping areas, class rooms and work cafeteria’s. It is the social expression of the institutional violence that is inherent to white Europe. We haven’t even said a word about the ease with which these favorite children wane this land their own: “Full = Full”, “Do you, in this city and in the rest of the Netherlands, want more or less Moroccans?”. “… our boreal world.” This is Robespierre’s fraternity present in every liberal country that cleanses their apartheid in name of liberty and equality.

We, the living dead, have been beat bloodless by the conditions to which u exposed us. But we are not blind, deaf nor mute for what is happening to us. Even though we have been rejected from your household, we haven’t been decoupled from your influence of power and this also not from the violence you sustain. Your favorites who also populate the parcel internalize your violence and as a logical consequence we do so as well. So instead of shoving all this suffering in the words of the prophet (PBUH), I’ll point you to the familial character of our problem. With hegemonic power comes great responsibility, so hereby I deem you fully responsible to settle this family quarrel indoors. 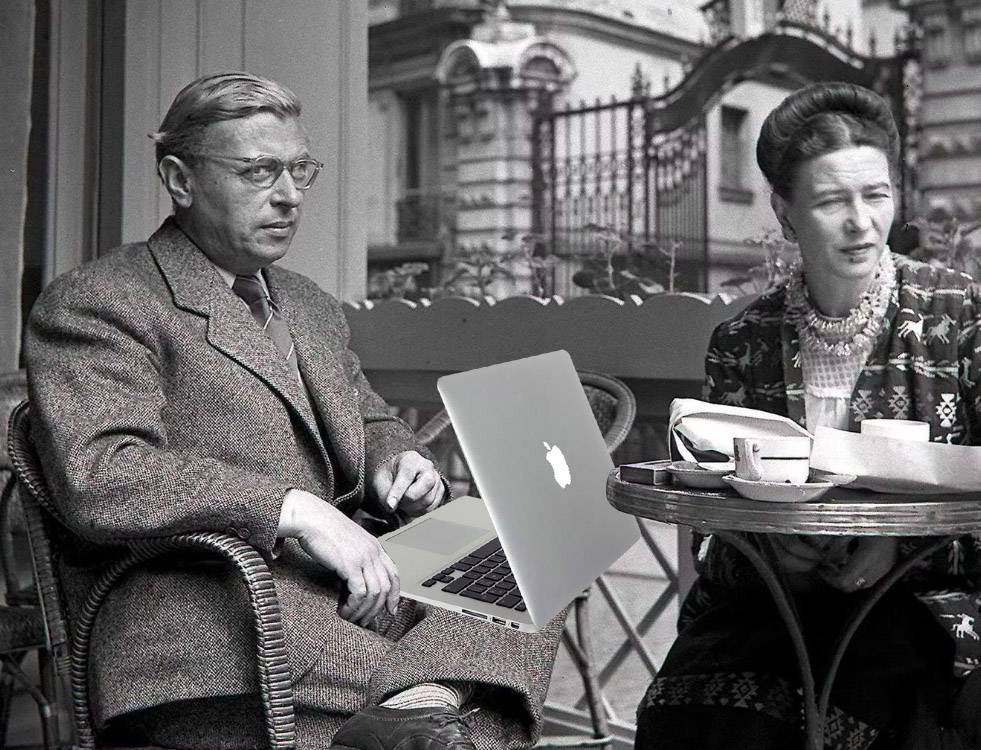